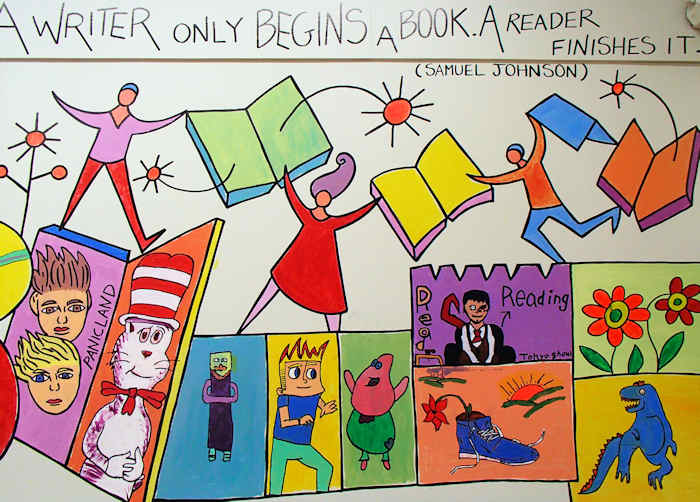 "The World of Books"

The title of the project was "The World of Books" and the mural was done in the school library.

The students chose their favourite book characters to illustrate the theme.

I'm proud of their achievement. Bravo!

The theme of the mural was "At Saint-Rémi We Love Books" and the activity was conducted in the library.

Students were able to create very happy images to celebrate the importance of the theme.

The theme was "Peace" and I created a background resembling a train inspired by Cat Stevens' song, "Peace Train".

The students filled this background with truly inspiring images and Cat Stevens' song was used in the video. I'm very pleased with the result!

Bravo to all participants. 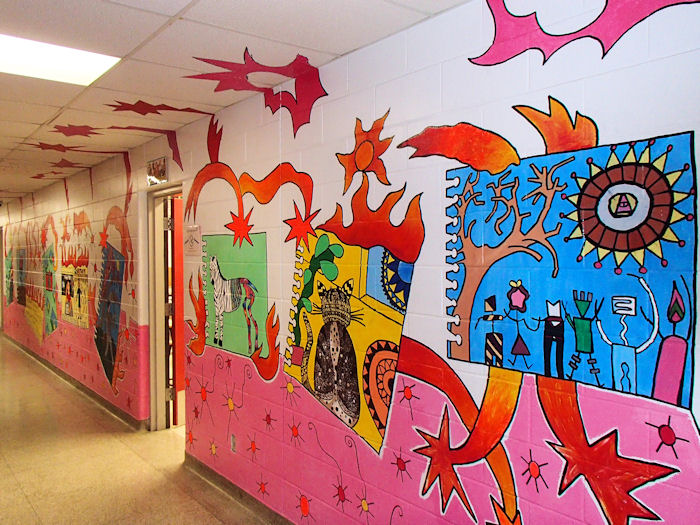 The theme was "Looking Back - Looking Forward".

I created a series of pages as if taken from a diary or sketch book as a background to represent the past, and falling stars to symbolize the future.

The song "Time Warp" from The Rocky Horror Picture Show was used in this video and I'm pleased with the result.

Bravo to all students! 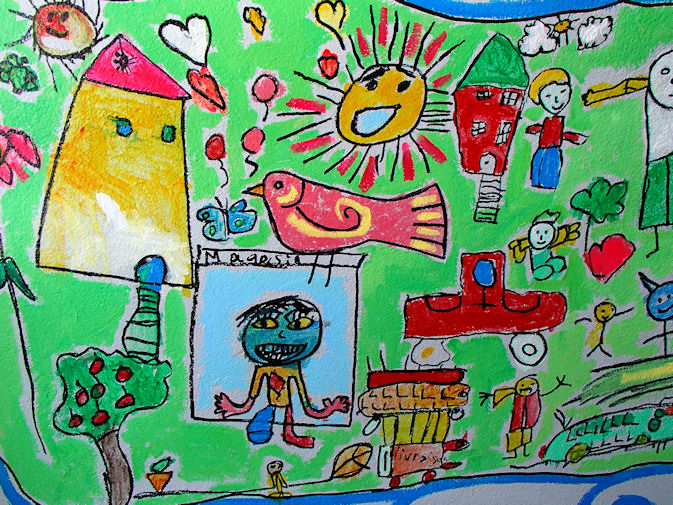 The theme was "Towards the Peaceful".

I created a background of flowers and birds as inspiration for the theme of Peace. It was the first time these young artists drew with a black marker on a wall. The result is magnificent!

Congratulations to all these young artists. 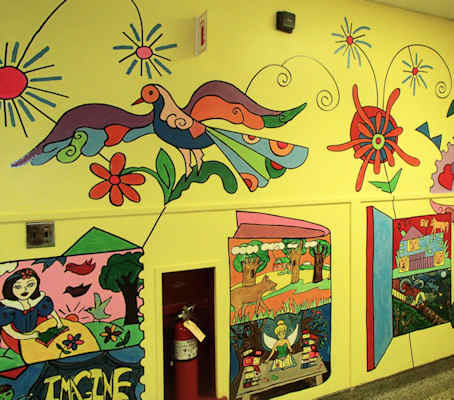 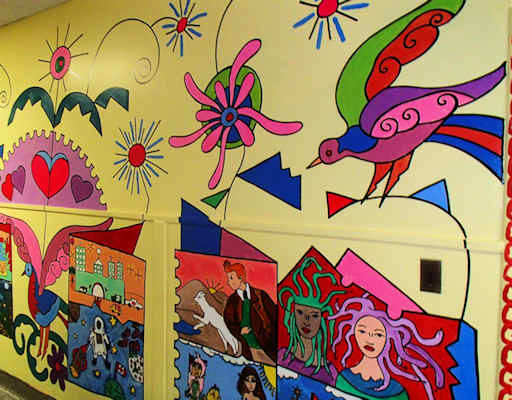 "The Art of Reading"

I created a background of book covers and pages to illustrate the theme of Reading.

I decided to use the song "Livros" (Books) from Brazilian composer Caetano Veloso. It's the only song I know that speaks directly about reading in a very poetic way, saying "Reading is responsible for the expansion of the Universe" amongst other beautiful verses.

Bravo to all students and art teacher Karolyn Liverman for this beautiful realization. Karolyn is responsible for infusing this piece with great attention to details. 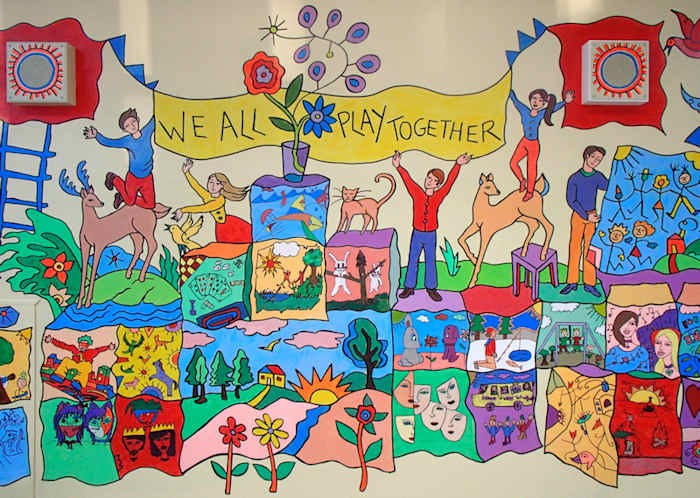 "We All Play Together"

On January 12, 13 and 14 I worked on a mural project at Escuminac Intermediate School in Escuminac, Quebec.

The theme of this project was "We All Play Together" and all the school's students and teachers took part on it. This school is like a large family and it was a pleasure to witness their reactions to each other's creations.